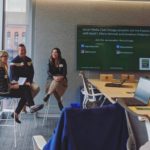 The topic:  role of social media and influencers to excite consumers about Hyatt properties by articulating an experience at a luxury property that will move them to make a reservation at that property!

Thank you Gloria and Jonathan for your hospitality as well as sharing the inside scoop on techniques for driving reservations.

The Financial Communication Society returned to Philadelphia with a presentation and panel discussion on “How Financial Marketers Get Content Right”. The event on April 2 was not only held in a historic and apropos venue, The Philadelphia Inquirer, but attended by financial marketers from Chicago to New York.

Thank you Kevin Windorf and Rachel Block for a high quality discussion. 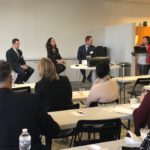 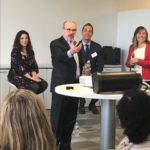 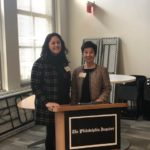 This survey by MIT and Deloitte finds that leaders who are enabling today’s marketing organizations do the following:

But today’s marketing organizations are still organized for yesterday’s marketing practices with a separate silo for the digital team!  Growth programs are designed and optimized for silos rather than for optimizing an omni channel customer experience.

We are helping CMOs think differently about an organization structure that is agile, learns, empowers, and collaborates to deliver seamless CX across any and all channels.

I have the honor of becoming a Menttium mentor.

Menttium has been in business for over 25 years providing a platform for senior women to leverage their experiences, skills and talents by sharing them with emerging leaders.

What a great adventure! 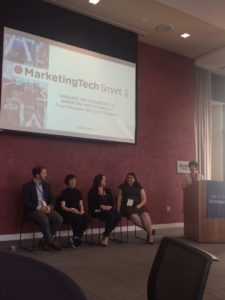 Marianne Hewitt, Founder and Principal Consultant of The Growth Strategy Group and board member of the Chicago Chapter of the American Marketing Association (CAMA) responsible for Analytics and the MarTech SIG, moderated a panel at CAMA’s annual MarketingTech Smart Conference to summarize the day’s learnings.

Takeaways from the panel discussion:

This is not necessarily a bold or new move but consistent with the trend of the CMO being responsible for the end-to-end CX. A survey conducted two years ago by The Growth Strategy group and BMA Chicago, Minnesota and Wisconsin spoke to this evolution.

The tweak is that an additional layer (CXO) is being added organizationally to get marketing and CX under one umbrella.

Having the technology to automate the account management targeting processes we’ve used in the consulting and software industries for some time is a real productivity boost.

There is immediate benefit to all professional services subsectors and B2B businesses. 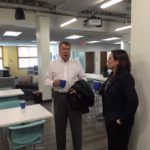 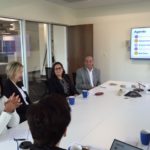 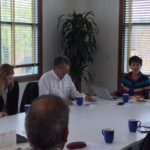 What an exciting week!

Those of you attending Marketo’s Summit in San Francisco, the speaker lineup is pretty awesome. If you can’t attend, register free for the keynotes which are being live streamed.   Steve Lucas’ keynote was visionary, inspiring and energizing.

Key themes in all 3: CX including customer journey mapping and storytelling. The Engagement Economy. And, of course, ABM.

The theme of the session was “Understanding end-to-end Marketing Technology Enablement”, the first of four MarTech SIGS to be conducted this year.

The group of over 20 attendees was led by Marianne Hewitt, Growth Strategist and Marketing Technologist with The Growth Strategy Group.  Marketers’ budgets and priorities for 2017 were presented, MarTech was defined and its scope was discussed and, most importantly, the group was surveyed for preferred topics in the 3 remaining SIGS in 2017.

as the highest priority topics of interest for future meetings.

The date for the next SIG will be announced shortly and will be held during May or June.

Chicago AMA introduced Charley Orwig as Director of SIGs at this event.